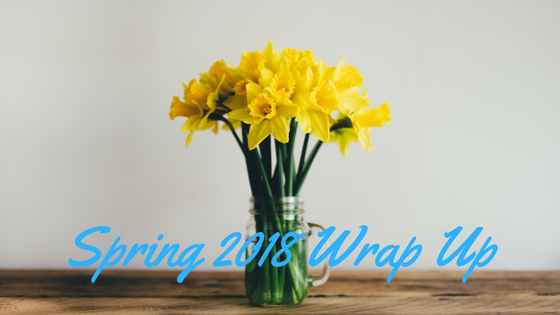 I didn’t do a wrap up for May since there weren’t many books I didn’t want to write about as their own posts or theme posts (look for a post on writing about mental illness coming soon-ish).   In May, I finished seven books and two audiobooks for a total of 2,143 pages; 23 hours and 28 minutes of books. June was also seven books, one very long audiobook (Children of Blood and Bone) for 2, 354 pages; 17 hours and 54 minutes. For the year, that brings us to 15, 841 pages for the year; 187 hours, 31 minutes. You know, in case you were wondering.

And without further ado, here are some mini-reviews of some of the books I enjoyed in June that, oddly enough, are all partially or totally set in California.  Accidental theme?

The Ensemble
“What’s inner harmony?” Brit asked. Daniel laughed, but she continued, “No, really. How can you harmonize with yourself?”

Daniel stopped laughing abruptly. He folded his hands on the table. “Well, I don’t know about you, but I contain many pitches. It’s about moving from polyphony to harmony. People are so much music. People don’t recognize that enough.” The Ensemble is one of those books that getting a lot of hype—more than one book subscription chose it this summer, Girls Night In chose it for their July read, and Modern Mrs. Darcy chose it as one of her Summer Reading Guide books. This is a book that, for once, mostly holds up to that hype. The Ensemble follows leader Jana, prodigy Henry, scrappy Daniel, and quiet Brit—the Van Ness Quartet—over the span of almost twenty years making music together.

If you’ve read much around here, you’ll know that I talk quite a bit about balance—books that hit the right note (pun intended!) of lightness of story with depth of substance. The drama—driven by external events and internal conflict—kept the book moving at a comfortable clip so I never felt bored while reading. At the same time, The Ensemble was highly character driven—Gabel drew you into the world of these four characters—they made you care, they made you a little mad, a little crazy with their choices. All four of them were also relatable—despite the fact that I’ve never been in the professional music world, I could see something in each of them that I identified with (except maybe Henry. No one has ever accused me of being a prodigy at anything). The quartet’s world was also accessible—you hear about “world building” in the context of fantasy books but Gabel had to do a fair bit of that here. The majority of her readers are probably not within the world of high-stakes career musicianship and it would have been easy to make the book insider-ish. I never felt like I didn’t understand what was happening, nor did I feel like Gabel was speaking down to me. There were no awkward asides, no characters explaining things in a way that felt unnatural. Gabel masterfully opened this world as she revealed her characters. The Ensemble is a definitely a worthwhile summer read.

Far From The Tree Far From The Tree is the story of three siblings, separated at birth—Grace and Maya were both relinquished at their births while Joaquin was removed from their mother’s care around age 1. None of them knew about each other before now. While Grace and Maya seem to have had it “easy” by being adopted, you quickly realize that families are complicated, whether formed by choice or blood. Joaquin, having been in foster care for almost seventeen years, seems to finally have it good and yet, people can always disappoint you. As the three come together and begin to search for their birth mom, the search will turn up more than any of them ever expected.

The more YA I read as an adult, the more I wish YA had been like this twenty years ago (yes, I am that old), or that I had known where the books like this were when I was the target audience of the YA author. Far From The Tree tackles tricky subjects—teen pregnancy, adoption, foster care—with grace and depth while using situations and language that are appropriate for a high school audience.   Even the children’s birth mother is shown grace as the children discover who she is and how she came to make the choices she made. As a final note, Benway also made an effort to include diverse characters—Maya is a lesbian while Joaquin is mixed-race. I loved these characters, I appreciated the depth Benway brought to the adoption conversation, and I never felt like I was being preached at or that Benway was taking the easy way out on difficult topics.   Studies show that reading books makes readers more empathetic—with books like Far From The Tree I can see how that is the case.   This is a book I highly recommend for both adults and young adults alike. Goodbye, Vitamin is thirty-year old Ruth’s chronicle of an unexpected year at home following the end of her engagement and her father’s diagnosis with early-onset Alzheimer’s. As a child, Ruth’s father kept a small diary of funny things she said and did, little milestones. Ruth’s documenting of this year at home is the reverse—while she does write much about her own life (particularly at the beginning during the set up), as she settles into life in her parents’ house again, she chronicles her father’s life. His moments of brilliance even as the disease progresses. As the year goes by and Ruth finds her place again with a family she had lost connection to, Ruth writes less until the last chapters have only a few entries per month. Goodbye, Vitamin is poignant and short—I actually felt it was a little too short. I think Khong’s point was that Ruth was reforming her connections to her family and to what life could be as she wrote—as Ruth actually engaged with them, she spent less time writing. What it felt like was that Khong ran out of steam and the book petered out. This really was my only criticism. Ruth won’t be everyone’s favorite protagonist—in many ways she has the sense of life happening to her rather than having agency in her choices as the book opens (I mean this more about her job and place in life, and not in her fiancé’s being a total ass). I wasn’t wild about her as the book began, but I stuck with it and she leveled out for me and I grew to care about her a few “months” (chapters) into the book and, by the end, wanted more of her.

Well that’s it, friends.  Did you read anything good in May or June? I’d love to hear your spring recommendations, dear readers.